Rockin’ with Spirit is Spirit of a Child Foundation’s main fund-raising event each year. It gives us the opportunity to raise important funds while showcasing nationally known and local musicians and performers to the community for an evening of great entertainment and fun. With past performances from Nashville, Tennessee recording artists Marshall Tucker Band, Scooter Brown Band, and Bryan White.

Other bands and artists include Matt O’Ree Band, Chris Collins, Jeff Shields & Stereoside, Michael Miller Band, and Sway Jah Vu, to television personalities such as Tia Torres from Animal Planet’s “Pit Bulls and Parolees,” the concert is the focal point for our continuing efforts to make a strong impact on the lives of needy families.

The Junction At Monroe

Buy General Admission Tickets at the venue on Sunday, September 26, 2021.

There’s a certain chemistry that happens when a great vocalist collides with a hit song. Magic just explodes from the speakers and the impact is undeniable. It’s a phenomenon James Otto knows well. His breakthrough hit, “Just Got Started Lovin’ You,” topped the country chart and was the Most Played Country Single of the Year in 2008, according to Billboard magazine. Otto’s bluesy, muscular voice and dynamic stage presence earned him the respect of industry gatekeepers and the adoration of legions of country music fans.

However, there’s more to life than chart success and constant touring. Real country music is fed by life experience and Otto stepped away from the spotlight to focus on family and pour his life into a new season of songwriting. Now he’s returned to recording with an infectious new single, “Somewhere Tonight,” that reveals a renewed commitment to creating his own unique brand of country music. “I really wanted to grab people’s attention with something that’s completely different from what they were used to hearing from me,” Otto says. “That’s why I gravitated towards cutting it. I’ve probably written several hundred songs in the last couple years. I really wanted to find something that was fresh for me; that felt like a new take on what I do. I felt like this song was the answer.”

During his self-imposed hiatus, Otto penned hundreds of songs, but he says when he co-wrote “Somewhere Tonight,” he knew there was something special, and when he began performing it in his shows, that hunch was confirmed. “I watched the reaction of the crowd. It was obvious that ‘Somewhere Tonight’ moved people instantly,” he relates. “They didn’t know the song. They weren’t told it was a new single. It was just a song I was playing and you could just see the movement when that song hit the crowd, and I thought, ‘Okay, this feels really good and it’s fun to do.’ And that’s what I want. I want to have a song that you can’t ignore, that makes your head move, that makes you want to move, and that’s exactly what it did.”

In listening to “Somewhere Tonight,” the groove is undeniable and Otto found fans embracing the message in the lyric. “We all get into ruts in life, especially with kids and all of life’s obligations,” he says. “With all the things that happen in life, sometimes you just need to break out and that’s exactly what this song is about. It’s saying, ‘I just want to go somewhere tonight. I wanna forget about all the stress and pressure at work and the busy schedules. I just want to get out, and have some fun.’”

Otto has always had an uncanny ability to write songs that give voice to the hopes, dreams and simple desires of his audience. It’s a gift he began developing early in life. “I have lived in lots of different places growing up. So when people ask me where I’m from, I actually have a hard time answering, because it’s just not that straightforward. I was born in Washington State on the Fort Lewis Army base. My parents divorced when I was really young, so I flew back and forth between them and they moved a good bit. I spent most of my childhood in North Dakota. My grandparents had a 700 acre farm there, where I was raised by my mom and grandma. Later, I moved with my Mom to rural Alabama, and I spent my high school years with my dad in Washington State.” says Otto. Living in different places taught me to be flexible and gave me a broader perspective of the world. I got a real taste of diversity, and I never really got too accustomed to one spot. I would be in one place for a couple of years and then move. So, my upbringing certainly had a lot to do with who I am. It was filled with the farm in ND, rural AL where I first discovered country music, and apples and cherry orchards in WA, very agricultural. It was very country upbringing. It definitely set the tone for who I am and the music I make.”

Before moving to Nashville, Otto served in the Navy for two years. The son of an Army drill sergeant, he was stationed in Guam while serving on the U.S.S. White Plains and the U.S.S. Haleakala, and traveled the world seeing over 20 countries. “I come from a military family. My Dad served in the Army for 23 years, my grandfather on my mom’s side is a Korean War vet, and by serving in the Navy, I was able to see the world by the time I was 20 years old. It gave me discipline and made me a man, and let me tell you, experiencing places all over the world made me really grateful to live in this country. Life may not be perfect here, but man, it could really be a lot worse. Ultimately, I think I gained the fortitude to move to Nashville and really pursue music.”

Otto moved to Nashville and signed a deal with Mercury Records that introduced him to country radio and a national audience. However, it was when he signed with Warner Bros. and released the album “Sunset Man” that his career shifted into high gear. Otto became a part of the renegade outfit The Muzik Mafia, and developed a reputation as a riveting live performer. “Just Got Started Lovin’ You” became the biggest hit of 2008, and his vocal performance of the song was nominated for a Grammy. Otto’s star was on the rise. “Sunset Man” peaked at No. 2 on Billboard’s Top Country Albums chart and Otto began earning a reputation as one of Nashville’s most compelling young songwriters. He co-wrote the Jamey Johnson hit “In Color,” which was nominated for a second Grammy and won both the Country Music Academy’s “Song of the Year” and the Academy of Country Music’s “Song of the Year” awards in 2008. Otto has also penned songs for John Anderson, Trace Adkins, Randy Owen and many others including the Zac Brown Band hit “No Hurry.”

“I was so grateful and overwhelmed by the success of ‘Just Got Started Lovin’ You” and “In Color”–so much so that it kind of put me in a creative corner,” he candidly admits. “Everybody wanted me to write and repeat those songs. I just felt like I had a lot more to say.” Otto started expanding his writing circle and working with a new group of talented songwriters. “They weren’t looking at me as just an artist. They were interested in me as a writer and that’s a freeing situation. It’s a different place to write from and I really enjoyed that. They helped me move ahead and get out of that box. I wanted something that was a new take on who I am musically. The sound that we’ve come up with really does that for me.”

In addition to revitalizing his creative spirit, time away from the spotlight helped Otto firmly establish his foundation with his family. “I left Warner just after my daughter was born, which was a huge life change, a wonderful thing,” he smiles. “I didn’t rush out to seek another record deal because I really wanted to make sure that I was able to establish a relationship with my little girl, Ava, and to be there for the first couple of years of her life. That is such a precious time that you just can’t ever get back. I wanted to be there to help my wife, Amy, and to be a hands-on Dad and establish a new normal. If I had been on the road like I had been, I don’t think that would have been possible. Career-wise, it was a big risk, but now, I realize how important that time has been because we have a really strong bond. When I go away, I come home and Ava’s not wondering who I am. She knows that dad’s got to go to work. She doesn’t always like it, but she handles it really well,” he jokes. We started telling her: ‘Daddy has to go play shows to pay for your bows’ because she’s got a large collection of bows that she likes to wear in her hair. When I leave now she knows what I’m doing.”

Otto has never been in a better place. He has a happy home life and creatively he’s on fire. He’s writing, touring, producing other new artists and working on a new album. And he’s enjoying the enthusiastic reaction to “Somewhere Tonight” as he embarks on a new chapter in his career. He admits success is definitely sweeter this time around. “When things first take off and you’re finally having success, it’s easy to lose yourself a little bit at first,” he confesses. “A little bit of grounding was a good thing. It made me a more humble person and more grateful. I’m also a more driven person. Once I decided I really wanted to put my own music out again, I examined my life. I had built a strong foundation with my child. I made sure that my relationship with my wife was solid and my life was in a place I wanted it to be. There’s just something that calls me to be making music. It’s who I am. That’s hugely important. It gives me purpose. It gives me the desire to prove that I’m here for a reason.”

Jason Byrd is a singer/songwriter from Tallahassee, Florida. Growing up in North Florida, Jason’s experiences would inevitably find themselves embedded in song. His style of music is deeply rooted in traditional country music which led him to develop relationships with many of his country music idols.  Most notably, the late and legendary George Jones. George and his wife Nancy took Jason under their wing and began managing Jason’s musical career.  This relationship led to many exciting opportunities for Jason throughout the years.

Concert event is rain or shine. No Refunds.

There is seating available in the main air conditioned bar and concert hall. If you would like a guaranteed seat to sit, please buy one of our sponsorship packages that has reserved seating included.

Bar & Alcohol: There will be one main bar serving top self liquor, beer, and wine. * Must be 21 or older to drink; wrist band is required to be served.

Items to bring? A fun-time attitude and dancing shoes.

Are dogs allowed? Registered service dogs are allowed ONLY. Unfortunately due to insurance and volume expected at this special event, we have to limit bringing animals to the venue.

Items to leave at home? Pets – Drugs & Paraphernalia – Knives – Weapons – Chains – Fireworks / Explosives. There will be security at ticket check-in and around venue.

Thank you for your support!

We look forward to rockin’ the spirit with you on September 26! 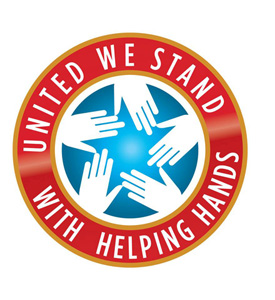 Spirit of a Child supports United We Stand with Helping Hands